Are you ready to read the top reasons of becoming a pilot..

It’s not hard to find people who will warn you that you shouldn’t become a pilot. They’re quick to list the misfortunes and hardships of airline pilots and various other hardships that pilots face, but deep down, they probably still believe that becoming a pilot is one of the coolest things you could ever do.

Some say that the glory days for pilots are over. However, if your passion is aviation, don’t be too quick to dismiss the idea of becoming a pilot. There are still many great reasons to get a pilot license. Here are six of them:

Here are the Reasons You Should Become A Commercial Pilot

Thinking about becoming a pilot? Here are 11 reasons you should start right now.

1. Nothing can top your first solo flight.

2. You learn how to make good decisions.

You need to understand situations and make decisions based on the information you have available to you. You’ll also quickly understand your limits, and what it takes to improve them.

No joke. Becoming a pilot makes you smarter. You’ll gain knowledge that you never thought you would need to know. You’ll become a better planner, a logical decision maker, and a weather man. You’ll learn good resource management, how to be patient and how to operate safely, with a sense of urgency. You’ll learn to do math in your head quickly. (After all, when your life depends on it, you learn to do all kinds of things quickly.)

Flying an airplane is fun stuff. That’s why people are attracted to it in the first place. Getting behind the controls of a huge machine, pushing the throttle forward and taking off from the runway is a blast. Even when the initial adrenaline rush wears off and you’ve become so experienced that your actions are almost automated, there is always somewhere new to fly or a new airplane to learn.

5. Flying can lead to some amazing careers.

Most people think of airline pilots as the primary flying career, but that’s just the tip of the iceberg when it comes to flying.

Aviators may have a reputation for being bold, careless and insensitive, but this stereotype couldn’t be further from the truth. The people in the aviation industry are a different breed. When you become a pilot, you join an instant fraternity – without the hazing. As a new pilot, your new aviation friends will embrace you, help you and support you. They’ll make you never want to give up.

7. The view is stunning.

It doesn’t matter if you’re flying around your state or around the world, you’ll get to see things like never before.

If flying wasn’t challenging, it wouldn’t be nearly as rewarding. And when you have a bad day, it makes those good days in the air that much better. 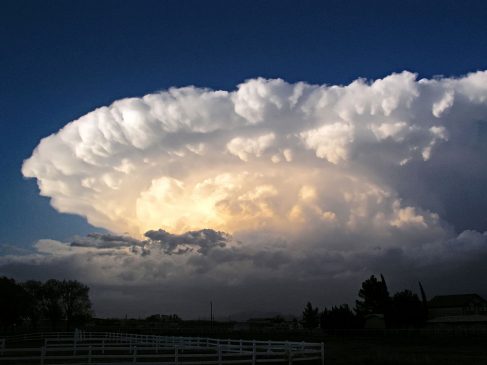 Flying is addictive. And for most pilots out there, it’s a longtime, if not lifetime, dream to become an aviator.

10. You’ll be gaining a new respect for the world around you.

It might not happen overnight, but eventually, you’ll have these moments when you understand the magnitude of flight; how immense of a privilege it really is to be a pilot.

When you’re flying alone on a dark, moonlit night with only the light of the red and green position lights on either side of you, you’ll feel like you’re the only one in the world. When you’re up so early in the morning that you see the sun rise during takeoff, you’ll be reminded of the earth’s significance.