WASHINGTON — Defense Secretary Jim Mattis is urging Congress not to bar Turkey from purchasing the Lockheed Martin F-35, arguing that to do so would trigger an international “supply chain disruption” resulting in delays and higher costs for the $100 million aircraft.

“At this time, I oppose removal of Turkey from the F-35 program,” Mattis said in a letter to lawmakers negotiating over the 2019 National Defense Authorization Act. Turkey, a NATO ally who has invested $1.25 billion in the program since 2002, plans to buy 100 aircraft.

“If the Turkish supply chain was disrupted today, it would result in an aircraft production break, delaying delivery of 50-75 F-35s, and would take approximately 18-24 months to re-source parts and recover.”

Pentagon plans call for acquiring a total of 2,456 F-35s. Allies are expected to purchase hundreds of additional F-35s, and eight nations, including Japan, South Korea, Denmark and Norway, are cost-sharing partners in the program with the U.S. 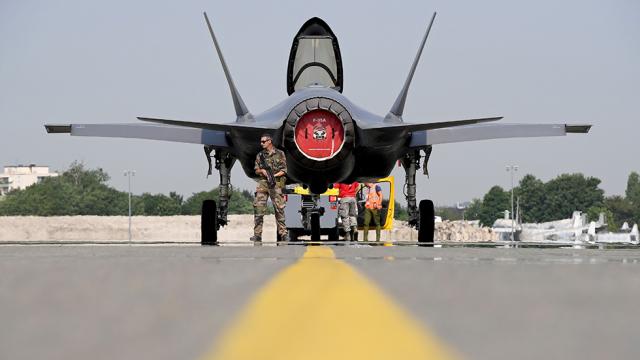 The Senate’s defense policy and appropriations bills include language to delay sales of the jet to Turkey over its plans to buy the Russian S-400 air defense system and its detainment of American pastor Andrew Brunson.

Mattis, in the July 7 letter, assured lawmakers the Trump administration was pressing Turkey on both issues and acknowledged Congress’s concerns with Turkey’s “authoritarian drift and its impact on human rights and the rule of law.”

NATO officials have warned of “necessary consequences” for Turkey should it purchase the S-400, which cannot be made interoperable with NATO and U.S. assets deployed in Turkish territory.

Turkish officials have threatened reprisals if the U.S. cuts it off from the F-35 and have defendedthe choice to buy the Russian S-400 missile defense system as the second-best option only because NATO allies declined to sell Western hardware.

A copy of Mattis’s letter, previously reported by Bloomberg, was provided to Defense News on Monday.

U.S. Senators Bob Corker, R-Tenn., and Bob Menendez, D-N.J., the chairman and ranking member of the Senate Foreign Relations Committee, have introduced bipartisan legislation to restrict loans from international financial institutions to Turkey until the Turkish government ends what they call the “unjust” detention of U.S. citizens. They are expected to consider it in committee this week.