A Beechcraft 200 Super King Air was found damaged in a field close to the Belize-Mexican border. The passenger cabin was stripped and empty. Traces of blood were found in the pilot’s seat area. One man was arrested after he was seen leaving the area.
The aircraft is suspected to have been used in drug trafficking.Belize Police are investigating the landing of a clandestine private plane that landed in the Blue Creek Area of Orange Walk Town in Northern Belize on sometime between Wednesday, March 14 and Thursday, March 15, 2018.

According to Assistant Commissioner of Police Joseph Myvette, Orange Walk Police received a call on Thursday, March 15, 2018, at around 2:30a.m. about a plane having landed in the Blue Creek Area. Upon arriving to the area police and members of the Belize Defence Force saw a person driving a red Chevy Pickup truck coming from the area where the plane had crash landed and was placed in police custody.

Police and BDF searched the area and found a white plane with serial number YV3224; the plane only had the pilot and front passenger seat. Investigations revealed that there were intentions to light the plane on fire but efforts were futile. Police also found a white Ford Pickup Truck near the river in the Mexican side with what appeared to be blood stains. 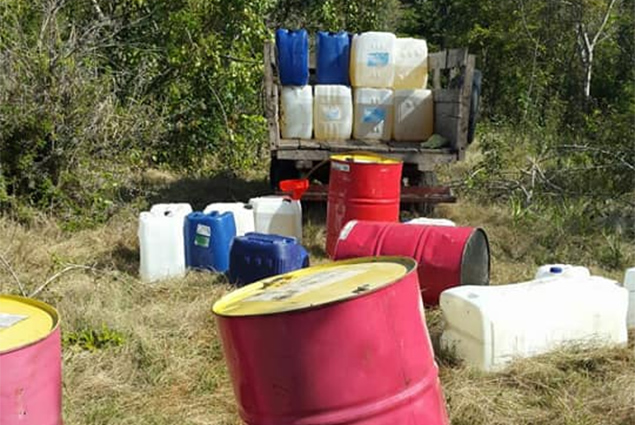 Belize Police are still investigating on the suspected drug plane as this is the third landing of private planes in the country in a short period of time. The person detained is of Belizean nationality. More news updates on this as it becomes available.